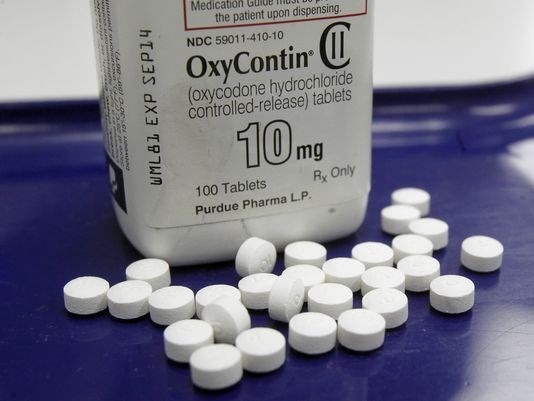 Opiates are drugs used to reduce pain felt within the body. Opioids include Morphine, OxyContin, and even Heroin. Prescribing such drugs has been a controversial topic within our society for many years. Over the past years, a negative precedence has been correlated between opiates and the overall health and welfare of society. Within just the state of Oregon, 750 people have died from opiate overdose in the last 5 years. (Weisberg, 2015) This is due to heroin users abusing opiate drugs to get their fix between times they can get more heroin. The state of Oregon is pushing back against the medical community stating that opiates are often prescribed for too many conditions. These higher prevalence rates within the state and within the country cause for a high number of people abusing such drugs because they are easy and cheap to get.

Little knowledge was understood about the long term affects when opiates were first introduced into the medical world. All doctors knew is that it worked well and it worked quickly. Today, these drugs have still continued to be very present in society and there is still a lack of knowledge about the long term outcomes of using the drugs. Because of this little knowledge and high effectiveness health professionals simply continued to prescribe the drug without taking into account the risk of the growing addiction problems. In the early 1900’s there was limited medicinal variety that doctors used and prescribed what worked. For example, heroin was used as a depressant for the common cold and cough. “Opioids have been used for thousands of years as a means of providing pain relief.” However, lately we have seen “some opioids such as methadone and buprenorphine are used to help wean patients off some of the more potent opioids such as heroin” (Mandal, 2013). What society has introduced, is an addictive monster that we simply don’t know how to stop or what to replace it with. When opioids were first used the focus was completely on the medical benefits of the drug that was used to treat either the body or mind. This drug carried the benefits but lacked the depth of insights of the possible problems, consequences, and implications of such drug use. Health care professionals did not know opiates would cause such a problem because they were currently not experiencing the patients with withdrawal symptoms that we typically see present with the classical addiction model. Perhaps society was misled by the marketing or economic benefits of using or prescribing such opiates. When analyzing Purdue Pharma and its marketing of OxyContin in 1996, we see that “Purdue Pharma expanded its sales department to coincide with the debut of its new drug. Purdue increased its number of sales representatives from 318 in 1996 to 671 in 2000. By 2001, when OxyContin was hitting its stride, these sales reps received annual bonuses averaging over $70,000, with some bonuses nearing a quarter of a million dollars.” (Mariani, 2015) Society saw an increase in economic value for all and ignored the lack of information about the drug in the early uses of opium. Because of this spike of opiate prescriptions then, we simply do not know how to stop it now.

When using opiates over a prolonged amount of time, naturally an individual’s body will grow a tolerance to such drug. This is known as tolerance levels, the amount of drug that it takes to create the same effect within as always within the individual’s body. Opiates are not only being commonly prescribed but more over a larger amount of opium is being prescribed as well. “Once you develop a tolerance to opiates, you are also likely to develop a physical dependence on the drugs. Since tolerance requires drugs to be taken more often and in higher doses, your body is becoming accustomed to having the drugs and has already experienced some changes as a result of this fact.” (Opiate.com, 2015). When an individual has a high tolerance to the drug they will feel symptoms of withdrawal. Because of this withdrawal, their body will naturally show symptoms and signs that more opium is needed. Many will participate in illegal activities in order to get such drug. The term “double doctoring” is used when a single patient has multiple doctors prescribing the same medications. When opiates were first popular they were over prescribed by a doctor, sold by a salesman, and even in some cases sent by mail to petitioning patients. This wide availability of such drugs created this societal issue that we are still dealing with today. “One out of every 550 patients who started opioid therapy died of opioid-related causes. Resulting in a median death of 2.6 years after their first opioid prescription” (Moghe, 2016).

I am shocked at the lack of medical history of the unknown effects of such opiates, high tolerance rates and quick availability of such drug. Because of such a wide commonly used practice of prescribing opiates, I fear that the medical community doesn’t know how to alter or change this practice. To put this in prospective, the total number of opioid pain relievers prescribed in the United States has greatly increased in the past 25 years, escalating from 76 million in 1991 to almost 207 million in 2013. (Volkow, 2014). This alone, raises the concern of millions of prescriptions, leading to millions of addictions.