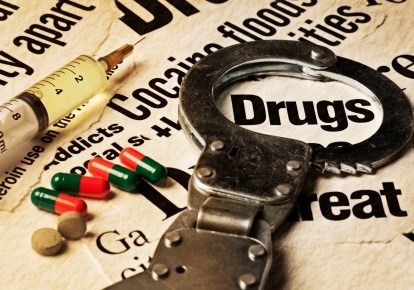 What’s the nature of the drugs-crime link?

The connection between drugs and crime are empirical. Those who sell or use illicit drugs are more likely to commit crime. Of course, using it, transporting it, and possession, are all against the law directly stating that those who use drugs commit crime? This chapter focuses on the social effect of those who use illicit drugs and those who use non illegal drugs and their correlation with the likelihood of committing crime. Those who are in groups that use illegal drugs are in a social circle where illegal activity is a norm. This chapter will also look at the correlation between someone committing crime and being victimized by crime due to the similar characteristics present in each the perpetrator and the victim.

The Relationship between Drug Use and Crime

Drug us and violence walk hand in hand. Many who are deviant in obeying the laws of society will lead them to do things that aren’t 100% sociably acceptable. They will start with heavy alcohol and cigarette intake while moving toward illicit drug use. Those who are ok with breaking the law over minor infractions are obviously ones to break the law when it comes to using and abusing illegal substances. Prime subjects for study are those who are frequents in and out of the justice system because they are frequent users of illicit drugs as well. Studies are clear when outlining that those who use drugs are also involved in violent acts as well.

There are three ways to understand the correlation between drugs and crime:
The Enslavement Model – This states that those who are law abiding citizens “innocently” become affected by stress of life resulting in them becoming trapped in drug addictions in order for them to feel happy. This model focuses on the crime these citizens do in order to feed their addiction. It looks at the economic value of drugs and their worth to people.
The Predisposition Model - states that crime and drugs are essentially the same behavior because they are so closely intertwined and connected. This model differs from the others stating that those who are addicted to drugs are already in a social subculture that already does crime. Thus justifying the same behavior of their peers.
The Intensification Model – In this model, crime is before addiction. Typically popular among juvenile offenders their crime rate is high before their addiction rate increases. It also states that one without access to drug will also decrease the crime rates within that person. It doesn’t agree that law abiding citizens are inclined to drug use, but does clarify that if used, criminal behavior will be intensified and perpetuated.

Drug Violence Nexus: Three Models
Drug users are more likely to be killed from a crime related death than those who do not use drugs. They are also more likely to commit violent crimes such as murder and aggravated assault many times due to drug transactions or other drug related events. But simply, violence is a crime that has a major impact on society.

In the Psychopharmacological Model shows that both drugs mixed with mental health cause effects in the user to produces violent behavior against others. These effects include many times being irrational and impatient with others. People who are using such drugs are also likely to become the victim of a crime resulting to an indirect act of violence.

In the Economic Compulsive Model, addicts will often participate in highly illegal ways to get large sums of money in order to afford their next “fix”. High risk and high reward. Many times these “jobs” result in violence toward themselves or the victim. Many of the common ways to get money are through property crime, but we have seen many of them escalate to violence.
Systemic Model outlines shows that there is a set organization that people who play certain roles in the organization are more commonly violent or victims of violence. An example of this would be that drug dealers often carry high risk of being arrested and also betrayed by their buyers if there buyers are caught. These acts lead to a violent revenge. This model looks at patterns of aggression in interactions between buyers and sellers, both are largely aware of such risk.

Which Model makes the Most Sense?
If we look at the connection with drugs and homicide we can see justification for all three models. A team of researchers were able to see correlations between all models but saw a huge correlation with crack-related homicides falling under the systemic model do to territorial disputes, low quality drugs, robbing a dealer, and settling a drug debt. This information will be essential in determining how to best fight the war on drugs. The results of the type of models would vary due to the type of drug used, its dependency rates and loyalty rates.

The Role of Cocaine use in Violent Behavior
We can see over studies that the more cocaine used in both men and female increased the chance of violent tendencies among men and victimization among women. Because cocaine is a dose use drug many times users are placed in places where they can get drugs easy but where violence is high. It can change ones environment from being one of non-violent behavior to a settling were heavy cocaine usage is taking place among a large group who often participate in violence acts. Some argue that the legalization of cocaine would help lower the cocaine related violence but it would in fact increases the frequency and level of violence we see in groups of people who are using the drug regardless if it is illegal or not.

Heroin Addiction and Violence
We saw in the 1950 and 60’s that narcotic addicts rarely were involved in violent acts. That their end goal was not to do violent criminal acts but to just obtain money to purchase more heroin to support their habit. Heroin made its mark due to the laws surrounding this drug made it very expensive and very tempting to sell. Researchers stated that the presence of Economic Compulsive Model, because of the money beat out the Psychopharmacological or Systemic Models. This was clear if we only look at the results of the users while on the drug, relaxed and sedated, but what they failed to acknowledge was the level of violence that took place when obtaining the drug or when experiencing withdrawals that lead a typical addict to do violent acts. In 1970s, a new type of drug user, called polydrug users, were individuals who combined both cocaine and heroin introducing a new level of drug user and violence.

Alcohol and Violence
Studies show that there is little to no correlation between alcohol and violence. Most people are very familiar with alcohol and many drink alcohol with no consequence of violence to follow. If we compare the daily consumption of alcohol we only see rarely an accompaniment of violence. Professionals have stated that they see two correlations with alcohol and violence. The first one being that alcohol users are more subject to violence than those who do not use alcohol. The second is the more someone drinks the more likely they are experience violence, typically as a victim of a crime. We do see that almost 50 -60% of people who commit violent crimes are under the influence of alcohol. Researchers state that use of alcohol can cloud the mental process of decision making, it isn’t the direct factor of leading to violence. We typically see that the victims are very similar due to the levels of alcohol present in the victim’s body at the time of the crime. Researchers have argued that the little violence present in alcohol intake is due to the psychopharmacological model. They have stumbled over the question of why violence is much more present in alcohol users which is not prevalent in non-users.