Presumed Consent in Organ Procurement in the United States 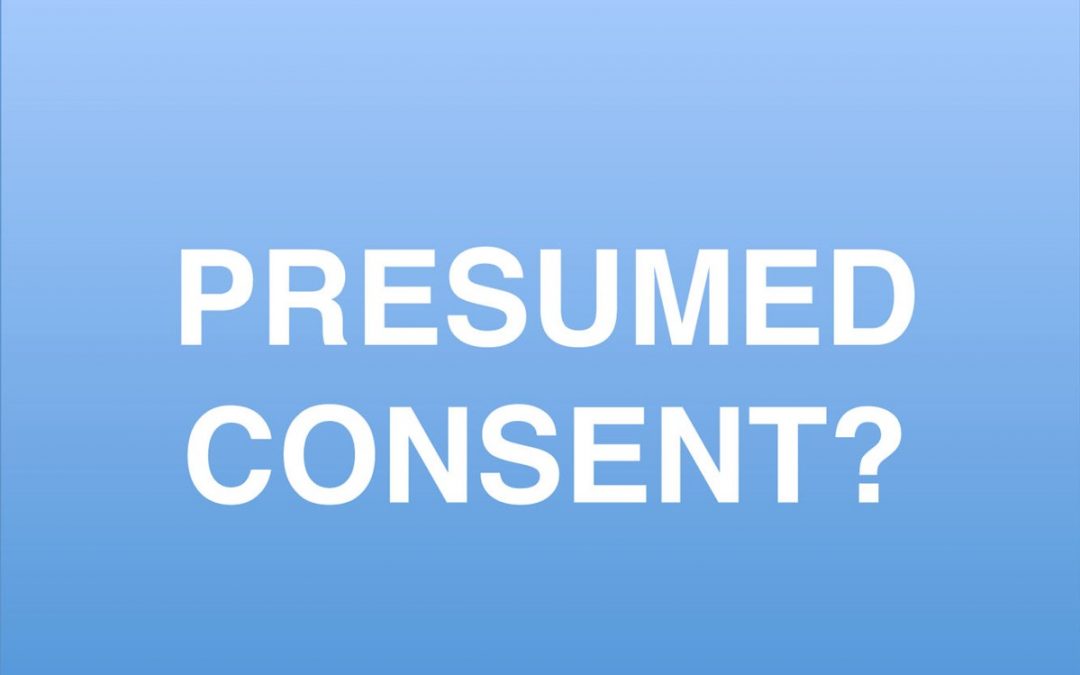 Presumed Consent in Organ Procurement in the United States

Every 12 minutes another individual’s name will be added onto the national transplant waiting list. This means that from the time you entered into this one hour class and by the time you leave at least 5 individuals will be in need of some type of an organ transplant. By the time you get home and kick back and watch the latest episode in your favorite TV series and head off to bed at least 21 of these individuals will die for lack of available organs needed for the transplant. (American Transplant Foundation) Although it is argued that presumed consent intrude on individual and family based rights, presumed organ consent provides a more ethical solution, provides higher organ donations, and improves quality of life. Therefore states ought to presume organ consent for organ procurement from the deceased.

The current American system of cadaveric organ procurement includes the default assumption that individuals do not want to donate their organs after death. Thus, if there is no evidence that an individual either wanted or did not want to donate her organs after her death, they are currently treated as though they did not want to donate. ‘‘Presumed consent’’ is the name that has been given to a proposal to change the current system. A policy of presumed consent would include the default assumption that individuals do prefer to donate their organs for transplantation after their death. Under such a policy, every individual would be given the opportunity to register her desire not to have her organs removed for transplantation, and that registered desire would be respected in every case. But if a person died without leaving any indication of her desires and if family members provided no reason to believe the individual did not want to donate we would proceed on the assumption that she would have preferred that her organs be removed for transplantation. (Gill, Michael B.)

In the United States we believe that all have the right to life, liberty and the pursuit of happiness. That is the ethical system in which we believe in, where all individuals are to have equal opportunity for these specific rights. Many people who are in need of organ transplants may not be able to fully enjoy those rights. To these people, “They dwell, in the words of Frank Deasy, "on their own, invisible, death row". Their survival depends on closing the gap between people's willingness to donate in theory, and registering that intent in practice. “It is likely that about 5–10% of the population would opt out and that family discussions at the potential donor's bedside would exclude a further 10%, giving a total donation rate of 80–85%. This is an increase in donation of about 20% but may take several years to achieve. This figure is in line with the results of presumed consent legislation in other countries. Presumed consent countries have 25–30% higher donation rate than informed consent countries.” (Koffman, Geoff) While the number of registered donors has more than doubled in recent years, from 8 million in 2001 to 16.45 million today, the increase has not kept pace with lengthening waiting lists.” (Organ Donation)

With an increase in the demand for organ donations, we as a society need to come to a complete conclusion with a solution to this great need to save the lives of our fellow human beings. With a great need in organ donations, presumed consent would help us receive the organs desperately needed. Kenneth Gundle, a scientist in Human Biology says, “The number of people on the waiting list for an organ has more than tripled over the last ten years and now exceeds 82,000 individuals; at the same time, the number of donors has remained relatively stagnant.” Thaler echoes the same idea by stating, “Consider the difference in consent rates between two similar countries, Austria and Germany. In Germany, which uses an opt-in system, only 12 percent give their consent; in Austria, which uses opt-out, nearly everyone (99 percent) does.” (Thaler, Richard) With an increase in available organ resources Spain found an increase in financial resources. Many of these savings are due to not having to pay for expenditure in quality of life of patient and also many savings costs from the decrease in dialyses that would have been spent in helping patients. Gundle shows us that “Higher rates of organ donation not only result in saved lives, but frequently in saved financial resources. Spain estimates that its 10,000 renal transplants save approximately $207 million every year” (Gundle, Kenneth)

Once we realize how desperately these individuals need these transplants, they are still faced with the harsh reality of the challenges that are presented when they have so many obstacles to overcome when looking for a donner and a transplant. There are many different tests that they have to complete before they can even qualify to receive the transplant if they are even a lucky one to be able to receive one. It is very hard for them to keep their moral up and to keep fighting even when it seems as though all odds are against them. The current organ shortage crisis has deprived thousands of patients of a new and better quality of life and has caused a substantial increase in the cost of alternative medical care such as dialysis. Objections to a presumption are far outweighed by this: It is morally and ethically repugnant to allow so many to die each year when their deaths are avoidable. A poll taken New York Times in 2012 surveyed the people on what values and qualities hold most precedence in the lives of civilians. This survey revealed that health came up to be number one on the list compiled of 15 things valued by the people. Yet at the same, women, children and men die each die waiting for organs that are required to save their lives. This problem is something completely avoidable, presumed consent. Stressing not only a just societies goals, to maintain a high quality of life among the people, but to allow the opt-out answer to still allow the individual to practice autonomy, Assumed consent is not a violation of autonomy... Assumed consent is not the same as forced consent. A person is still free to say no if they should choose to do so. Therefore, their autonomy is not violated, and there is a net which effectively catches all those people who are too lazy to register as organ donors. Promoting life is a requisite for any just society, and this is one of the easiest ways to help meet that requisite. (A JUST SOCIETY)

Although Presumed Organ consent does have its flaws such as, when consent is assumed, the wishes of both the individual and the families may not be met. However with the success rates showing from other countries and the avoidable death rates we can avoid by using such system, presumed consent shows more benefits than costs to society.

"A JUST SOCIETY OUGHT TO PRESUME CONSENT FOR ORGAN PROCUREMENT FROM THE DECEASED." DEBATE RESEARCH SERIES 25.1 (2014). Print.