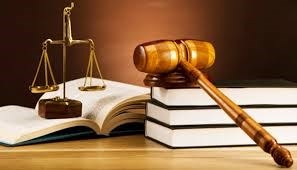 The court has decided the following: The charges against Stephens still stand. The attempt for a writ of certiorari will be voided due to probable cause and obtaining the evidence needed for conviction through a third party. The court has stated that even if there was evidence unconstitutionally the search performed with or without a warrant was not in volition to of the 4th Amendment due to the fact that there had previously been a search warrant issued in order to search the house, and given Stephens past criminal history the FBI had reason to believe that stolen items remained in the house. Thus giving them reasonable suspicion and probable cause to obtain necessary evidence through Stephens friend R. Kenny.

In other cases such as United States v Leon where the good faith exemption has been applied stating that if officers, or in this matter, the FBI was able to obtain evidence due to believing that they are acting under good faith, obtaining and recovering such valuable documents and books key to United States history, the matter that they obtain this evidence acting under such assumption that what they were doing was legal. In Leon, the official explanation of such good faith helps us understand the need for this exclusion, it wants us to weigh the costs and benefits of using this exclusionary rule. The court recognizes that in Stephens’s case and the potential for guilty defendants go unpunished, the court has decided that the FBI was in fact acting under good faith, therefore choosing to include the information obtained by R. Kenny to be convicting evidence and such evidence will continue to stand against Stephen and his sentencing.

Understanding the voice of the court, continue to explain this good faith exclusionary rule under the Massachusetts v Sheppard in 1984. In such cases with Sheppard we see the good faith exception applied has evidence was obtained as seen unconstitutionally but in all reality the police officers that had obtained the evidence in Sheppard’s case were trying to do the best to perform their job with what they had. The FBI in Stephens’s case were obtaining the evidence that played a key part in the cultural heritage of the United States. Without such evidence being obtained and recovered, illegally or not, there is no telling what would have happened to such important books to the United States. Being that this stolen property was obtained inside the Stephen residence is compelling evidence against him being that no matter how the evidence was obtained, in good faith or not, the fact of the case still stands that stolen property was recovered inside the home. We, as the court, took into account the past criminal history that Stephen has had, and thus knowing that he has had moments to correct this criminal behavior. Because in past criminal trails Stephen has never been able to successfully prove innocent by reason of insanity, his case with the Supreme Court will still stand, and the trail will continue to keep the sentencing decision in force. Nothing Further.